Ashliman's folktexts , a library of folktales, folklore, fairy tales, and mythology. There was once upon a time a poor widow who had an only son named Jack, and a cow named Milky-White. And all they had to live on was the milk the cow gave every morning, which they carried to the market and sold. But one morning Milky-White gave no milk, and they didn't know what to do.

So he took the cow's halter in his hand, and off he started. He hadn't gone far when he met a funny-looking old man, who said to him, "Good morning, Jack. You don't know what these beans are," said the man. Back goes Jack home, and as he hadn't gone very far it wasn't dusk by the time he got to his door.

How much did you get for her? What do you say to these beans? They're magical. Plant them overnight and -- ". Take that! And as for your precious beans here they go out of the window. And now off with you to bed. Not a sup shall you drink, and not a bit shall you swallow this very night.

So Jack went upstairs to his little room in the attic, and sad and sorry he was, to be sure, as much for his mother's sake as for the loss of his supper. When he woke up, the room looked so funny. The sun was shining into part of it, and yet all the rest was quite dark and shady. So Jack jumped up and dressed himself and went to the window. And what do you think he saw? Why, the beans his mother had thrown out of the window into the garden had sprung up into a big beanstalk which went up and up and up till it reached the sky.

You'd better be moving on or he'll be coming. I've had nothing to eat since yesterday morning, really and truly, mum," says Jack. Well, the ogre's wife was not half so bad after all.

So she took Jack into the kitchen, and gave him a hunk of bread and cheese and a jug of milk. But Jack hadn't half finished these when thump! It's my old man," said the ogre's wife. Come along quick and jump in here. He was a big one, to be sure. At his belt he had three calves strung up by the heels, and he unhooked them and threw them down on the table and said, "Here, wife, broil me a couple of these for breakfast. Or perhaps you smell the scraps of that little boy you liked so much for yesterday's dinner. Here, you go and have a wash and tidy up, and by the time you come back your breakfast'll be ready for you.

So off the ogre went, and Jack was just going to jump out of the oven and run away when the woman told him not. Well, the ogre had his breakfast, and after that he goes to a big chest and takes out a couple of bags of gold, and down he sits and counts till at last his head began to nod and he began to snore till the whole house shook again. Then Jack crept out on tiptoe from his oven, and as he was passing the ogre, he took one of the bags of gold under his arm, and off he pelters till he came to the beanstalk, and then he threw down the bag of gold, which, of course, fell into his mother's garden, and then he climbed down and climbed down till at last he got home and told his mother and showed her the gold and said, "Well, mother, wasn't I right about the beans?

Do you know, that very day my man missed one of his bags of gold. Well, the big tall woman was so curious that she took him in and gave him something to eat. But he had scarcely begun munching it as slowly as he could when thump!


All happened as it did before. In came the ogre as he did before, said, "Fee-fi-fo-fum," and had his breakfast off three broiled oxen. Then he said, "Wife, bring me the hen that lays the golden eggs. And then the ogre began to nod his head, and to snore till the house shook. Then Jack crept out of the oven on tiptoe and caught hold of the golden hen, and was off before you could say "Jack Robinson.

And when he got near it, he waited behind a bush till he saw the ogre's wife come out with a pail to get some water, and then he crept into the house and got into the copper. He hadn't been there long when he heard thump! But Jack wasn't there, luckily, and the ogre' s wife said, "There you are again with your fee-fi-fo-fum. Why, of course, it's the boy you caught last night that I've just broiled for your breakfast. 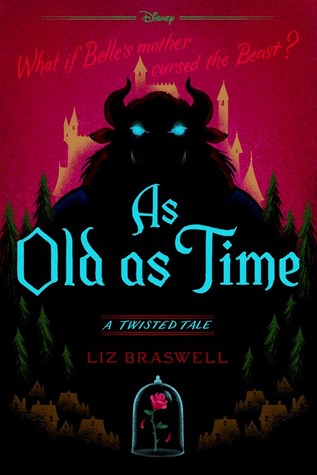 How forgetful I am, and how careless you are not to know the difference between live and dead after all these years. So the ogre sat down to the breakfast and ate it, but every now and then he would mutter, "Well, I could have sworn --" and he'd get up and search the larder and the cupboards and everything, only, luckily, he didn't think of the copper.

So she brought it and put it on the table before him.

Then he said, "Sing! And it went on singing till the ogre fell asleep, and commenced to snore like thunder. Then Jack lifted up the copper lid very quietly and got down like a mouse and crept on hands and knees till he came to the table, when up he crawled, caught hold of the golden harp and dashed with it towards the door. But the harp called out quite loud, "Master! Jack ran as fast as he could, and the ogre came rushing after, and would soon have caught him, only Jack had a start and dodged him a bit and knew where he was going.

When he got to the beanstalk the ogre was not more than twenty yards away when suddenly he saw Jack disappear like, and when he came to the end of the road he saw Jack underneath climbing down for dear life. Well, the ogre didn't like trusting himself to such a ladder, and he stood and waited, so Jack got another start. But just then the harp cried out, "Master! Down climbs Jack, and after him climbed the ogre. By this time Jack had climbed down and climbed down and climbed down till he was very nearly home.

So he called out, "Mother! But Jack jumped down and got hold of the ax and gave a chop at the beanstalk which cut it half in two. The ogre felt the beanstalk shake and quiver, so he stopped to see what was the matter.

Then Jack gave another chop with the ax, and the beanstalk was cut in two and began to topple over. Then the ogre fell down and broke his crown, and the beanstalk came toppling after. Then Jack showed his mother his golden harp, and what with showing that and selling the golden eggs, Jack and his mother became very rich, and he married a great princess, and they lived happy ever after. Jacobs' source: "I tell this as it was told me in Australia, somewhere about the year Jack was a giddy, thoughtless boy, but very kind hearted and affectionate.

There had been a hard winter, and after it the poor woman had suffered from fever and ague. Jack did no work as yet, and by degrees they grew dreadfully poor. The widow saw that there was no means of keeping Jack and herself from starvation but by selling her cow; so one morning she said to her son, "I am too weak to go myself, Jack, so you must take the cow to market for me, and sell her. Jack liked going to market to sell the cow very much; but as he was on the way, he met a butcher who had some beautiful beans in his hand. Jack stopped to look at them, and the butcher told the boy that they were of great value and persuaded the silly lad to sell the cow for these beans.